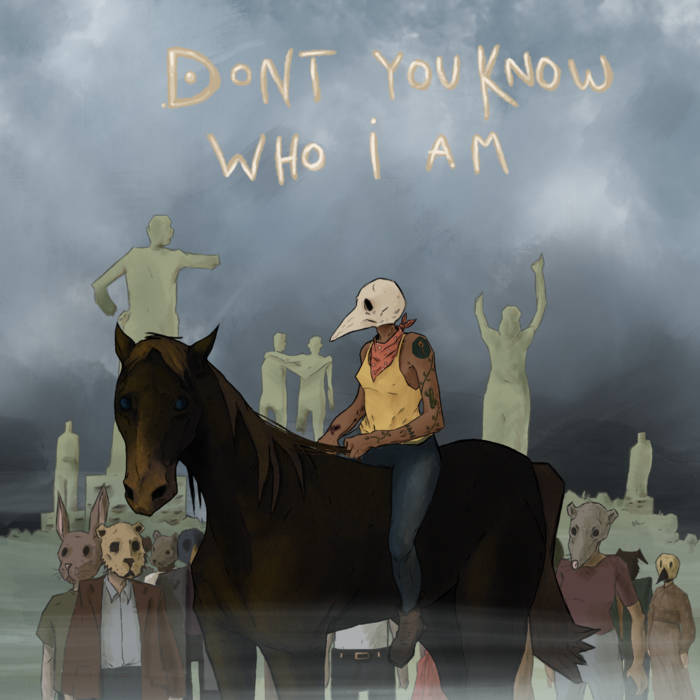 Reb Fountain’s outstanding track ‘Don’t You Know Who I Am’ gets a limited edition 7 inch pressing with exclusive b-side track ‘Hey Mom’. Out on transparent blue vinyl with stunning artwork by Kalvin Fountain-Best.

"‘Don’t You Know Who I Am’ is about who we think we are, who we want to be, who we have become and who we have left behind. It’s a rallying cry to rise up, to unite, to fight the good fight. It’s a call to dig deep, wake up, open your eyes and beat your own drum. It bids you to hold fast, pick yourself up and keep on keeping on.”

‘Hey Mom’ was written during lockdown at Reb’s home. Reflecting on the distance between, the folding of time and the interwoven experience of childhood & motherhood, Reb turned on her voice recorder and Hey Mom emerged fully formed from start to finish. Working with Dave Khan on production, Reb was determined to capture the raw essence of that initial recording in a one take performance. Whilst undertaking a duo tour during level 2 Reb and Dave stopped into Sublime Studios and recorded this masterpiece. In the same vein as Reb’s ‘When Gods Lie’ 7 inch with exclusive b-side ‘Round The Bend’, ‘Don’t You Know Who I Am’ b-side, ’Hey Mom’ will only be available in this format.

“Reb Fountain is to be counted among our finest songwriters whose imagery is both personal and universal, and her command of a melody and a song transcends genre.” - Graham Reid, Elsewhere.co.nz

Bandcamp Daily  your guide to the world of Bandcamp

Cannibal Corpse's George "Corpsegrinder" Fisher stops by for an interview